Go Back to features index 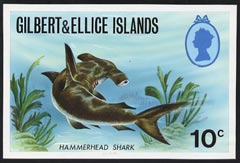 ARTWORK Original artwork as submitted by the artist for approval. Accepted artwork can be photographically reduced to stamp size and used to make the actual printing plates. Illustrated here is Gordon Drummond’s artwork for a 10c value for Gilbert & Ellice Islands 1971 definitive series. 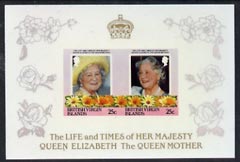 CROMOLIN Also seen spelt Chromolin, Cromalyn, etc, a cromolin proof is a printer’s reference for colour matching. Usually produced on film and appears as if laminated, cromolins are rarely offered 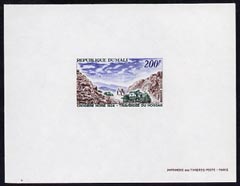 DIE PROOF A die proof is an impression taken directly from the single engraved die. They may be taken at any stage of the engraving and printed in various colours on thick or thin card or on India paper sometimes sunken. This example is typical of De La Rue and is of the Dominica central vignette for the 1923 Badge Issue (formerly in the Sugarman collection).

DUMMY STAMP Officially produced imitation stamp used to train employees or to test automatic stamp-dispensing machines. They are not valid for postage, nor are they intended to reach the hands of stamp collectors. Some do by favor of postal employees. 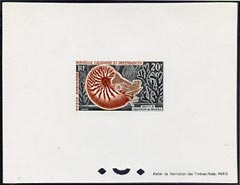 EPREUVE DE LUXE A single impression of the issued stamp printed directly onto thin card. Three punch holes towards the bottom are typical and are only produced for the French Territories.

ESSAY A design submitted for approval but not accepted. Illustrated here is a tortoise design by M Arthur and produced by NCR Litho (at the same time as the first issue of Dubai). The design was taken right through to produce perforated stamp-sized images but was never accepted. 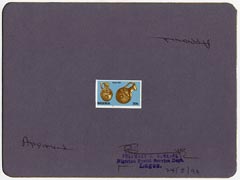 MACHINE PROOF A machine proof is an accepted design submitted for final approval. Alterations are sometimes made but are likely to be simple enhancements. This example was mounted on grey card, approved and signed by the Director of Philatelic Services. 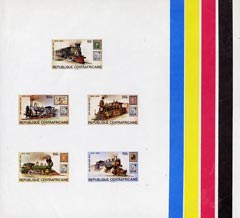 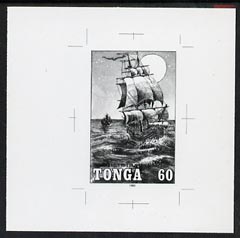 PHOTOGRAPHIC PROOF or Bromide, is a contraction of photo bromide. Loosely speaking it covers any black and white photograph of the original artwork reduced to actual stamp size.

PLATE PROOF A proof taken from the actual printing plate usually for a final check prior to printing the stamps proper. Illustrated here is a proof pair of the frame for the South Africa Van Riebeck’s Ship 1d stamp of 1926 in black on thin unwatermarked paper. 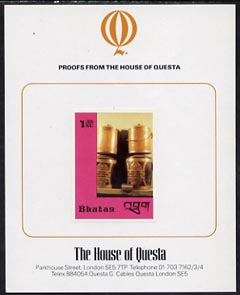 PRESENTATION CARD At the final stage of production, a finished imperforate design is affixed to a printers card and submitted for final approval or correction. The cards would be returned to the printer for their files. Duplicates are sometimes made for presentation purposes.

UNISSUED A stamp that either was never issued or was issued with subtle changes. This particular stamp is from a set with the names and score line of the two teams in the 1974 World Cup final. The issued stamps appeared without these details.